The following passage is an extract from Leftover in China, by Roseann Lake.

Just after Chinese New Year, I returned to the office of the Beijing television station where I had been working to find that all of my usually chipper young female colleagues were in decidedly different spirits. Even Shan Shan, the megawatt producer, had toned it down several joules and was uncharacteristically mum for a Monday morning. “Did everyone have a nice holiday?” I asked. I got a few unenthusiastic nods, a few forced smiles, and was handed a half-eaten bag of sesame balls that had been circulating around the newsroom. Puzzled, I went to see one of the network supervisors, a woman who was about ten years older than most of the women on staff. “They are sad because they are not getting married,” she said, as if this answer would make perfect sense to me. She then turned back to her computer, leaving me to wonder if China’s answer to Mr. Darcy was coming to town, or if the Communist Party had just issued millions of free honeymoons to the Maldives.

Sitting down to lunch with Shan Shan later that day, I learned that Chinese New Year is famous for being the time of year when red envelopes are stuffed, dumplings are steamed, and singletons skewered. As the grand apotheosis of the Chinese lunar calendar and the longest yearly holiday that most Chinese workers are entitled to, it’s heralded by the mass migration of over 300 million people travelling home to feast and set off fireworks with their families. Yet as extended clans unite to eat,

drink, play, and be merry, tidings of betrothals commonly take centre stage. Gathered around tables festooned with fish heads, singles over age twenty-five are often assailed with well-meaning but often completely misguided offers of blind dates. Women, especially, are targeted in this marriage offensive, as it is considered imperative that they tie the knot by a certain age, lest they risk becoming “shengnü” or, literally translated, “leftover women.”

In addition to finding it highly objectionable that my still young and presumably fertile colleagues (the oldest just a few days over twenty-eight) were being referred to as the stuff of doggie bags and garbage disposals, I struggled to understand how this was all happening in modern China, the world’s largest economy, which by no coincidence is also home to the world’s largest population of women. In a country where, until fairly recently, women had few personal, social, economic, and even bipedal freedoms (see: foot binding), my colleagues were a stunning deviation. They were a fleet of educated, independent young women who were doing things that their mothers and grandmothers could have never dreamed of. In my eyes, they were the toast of the nation — a glittering testament to the increased educational and professional opportunities that Chinese women had accumulated over the past thirty-odd years, though their label clearly indicated otherwise.

While at the studio, I found I was spending most of my time surrounded by a dynamite team of young female writers, editors, directors, and producers like Shan Shan. Quite naturally, over the course of delayed flights to Inner Mongolia, sleeper trains to Shanghai, and delirious overtime hours in our Beijing office, we bonded. Gradually, I became privy to their more personal conversations — the juicy ones — regarding their family histories, their aspirations, and increasingly, their love lives. The more I learned about the quirks of their dates and the complexities of their courtships, the more I was confused, surprised by what appeared to be a glaring inconsistency.

At the time — 2010 — the reports in Western media with regards to Chinese women had a very sanguine glow. As articles in Forbes, Newsweek, and Time were indicating, Chinese women were at the top of their game. They represented the highest percentage of self-made female billionaires in the world, and with 63 percent of GMAT takers in China being female, they were attaining MBAs with a ferocity that was making the boys blush. According to National Bureau of Statistics reports, 71 percent of Chinese women between the ages of eighteen and sixty-four were employed, and they accounted for 44 percent of the country’s workforce. The first one was about to be sent into space.

From what I could see, this was all true. Professionally, these women were so tenaciously pushing the limits of what was possible for holding up their half of the sky, as far as I was concerned, they were all astronauts. Yet personally, and when it came to matters of the heart in particular, they appeared beholden to the playbook of another galaxy — a distant, anachronistic realm that seemed straight out of a Jane Austen novel. Much to my surprise, the recurring topic of our conversations quickly became marriage. They spoke of it as one might speak of an ingrown toenail — with urgency, a niggling element of pain, and the full knowledge that if it wasn’t addressed in the imminent future, things would only get worse.

Sensing that something wasn’t adding up, I began to do some digging beyond the scope of my newsroom comrades. Three years and several hundred interviews later, my curiosity has led me to understand the story of China’s rise and development under a radically new lens. It’s a story that begins with an impoverished Communist nation where marriage was universal, compulsory, and a woman’s only means to livelihood. Fast-forward thirty years to an urbanised, globalised, economic superpower where marriage is swiftly becoming more discretionary and an institution that increasing numbers of educated women are committing to only after developing themselves and their careers a bit more fully, if they’re committing at all. Factor in the aftershocks of a nation still reeling from an onerous one-child policy that has saddled it with a walloping gender imbalance, and the plates in this wildly tectonic shift of social, economic, and demographic proportions begin to take shape.

Central to this shift is the idea that despite China’s dazzling superlatives, there are strands of its culture that remain inextricably rooted in tradition, the most significant and inexorable of which is the societal pressure to wed. This is a force that exists in varying degrees across many cultures and religions, but is particularly strong in China, where marriage retains the equivalent social force of a steamroller. This societal force makes it so that marrying off a child is the mission of just about every parent with offspring under the age of thirty. After thirty, the mission becomes a crusade.

In most cases, parents mean well. They genuinely believe that the best thing for children is to assure that they are dutifully snuggled into wedlock as swiftly as possible, but there is a formidable cultural disconnect between progenitors — who were raised through poverty and revolution — and their progeny, who grew up through an economic boom and the birth of the individual in an otherwise fiercely collectivist society. This cultural disconnect is the essence of the infinitely textured and complex set of sparring values, obligations, traditions and tensions that define modern China, where like the perennial wind chime, changes in marriage policies and patterns have heralded the most significant changes in China’s socio-political climate. This has been true for the past five thousand years: a time during which — it’s critical to note — marriage has been the cornerstone and pinnacle of a woman’s life.

In the span of just over thirty years, all of that has changed. For women especially, marriage has become less of an imperative, largely because of the unprecedented educational and professional opportunities that accompanied China’s reforms, beginning in 1979. Elements of this evolution will surely sound familiar in the Western world, where women were once meant to be seen (in the kitchen) and not heard (in the workplace), though there are a few salient factors that make the situation in China especially alarming. Of greatest significance are the more than 30 million female abortions and infanticides which occurred during the peak years of the one-child policy and have resulted in a surplus of poor, uneducated, rural males who are doomed to remain without a bride because there are simply not enough women in China to marry. On the other side of that looming demographic disaster are urban only daughters: women whose parents chose to allow a daughter into the world during a time when everyone else wanted a son. These are women who for lack of competing XY chromosomes in the family were given unprecedented opportunities and resources that may have previously been reserved for male offspring. Such women came into the world at a point when China was aggressively expanding its number of institutions of higher learning, and were pushed to study, succeed, achieve, and bring honour to their families as if they were sons. Yet contrary to what Mao and his modern-day disciples might have us believe, women have not been able to seamlessly slip in alongside the men and work as equal comrades.

The bedrock of a population of educated women that are entering the white-collar workforce in numbers that rival and surpass those of men, China’s “leftover women” are the ultimate linchpin to the country’s rise and development. They are broadcasting a cultural shift so massive that it defines not only contemporary China, but also the single greatest demographic movement of our era across the world.

For the magnitude of the transition to be fully absorbed, it must be contextualised in the grander scheme of development. Half of the world, the United States included, has gone through the thick of it. American women have been the dominant earners of college degrees in the United States since 1981, but it wasn’t until 2014 that professional college-educated American women became just as likely to marry and have children as their lesser-educated counterparts. Previously, to be educated and to be ambitious often meant foregoing a life partner in favour of a career, but lines are blurring, timelines are changing, and new priorities are emerging. We are becoming a globalised world of classes, instead of cultures. A well-educated, professional woman in Beijing or Shanghai now has more in common with a well-educated, professional woman in New York or Los Angeles than she does with a female Chinese factory worker in a town just an hour’s train ride away. Just one generation ago this would have been unheard of.

Whether this is a cause for celebrating globalisation or lamenting homogenisation is still up for debate, though it’s clear that when you strip away the idiosyncrasies of China’s demographics, economics, and socio-political baggage, what remains is a country where women — 650 million of them, in fact — are starting to face the very same challenges that American women have been weathering for decades. Why are we not joining forces and voices? How much more resonant would our calls for change be if they were echoed on an international scale?

Across the world, an increasing number of women are standing up for their right to determine their own futures. Whether that means being able to decide where or what to study, whom, when, or if to marry, whether or not to have children, or how to best define and achieve that ever-elusive ideal often referred to in the United States as “having it all,” the population of women taking bolder steps to map out more fulfilling lives is expanding. So must the conversation.

Leftover in China, by Roseann Lake, is published by W.W. Norton & Company Ltd 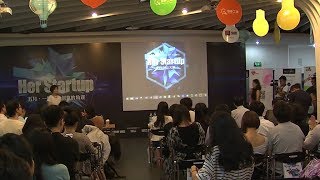 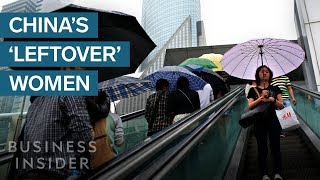 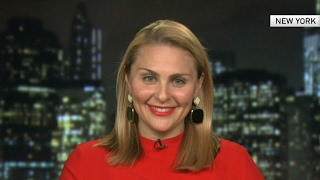